Steve Newcomb is a really sharp guy. In a time when everyone thought search was sewn up, he created Powerset, a natural-language search engine that sold to Microsoft for a reputed $100M in 2008.  Now, he is bucking trends again with Famo.us, a framework that solves performance for HTML5 apps.

Newcomb managed to raise millions in investment for Famo.us on the strength of demos and team alone, a feat that many entrepreneurs in today’s  topsy-turvy venture capital climate would sacrifice a limb to emulate. I signed up for the beta;  I’ve been waiting for months to get more info. Apparently the team is in no hurry and, bucking another trend, has told the media that won’t release the product “until it’s ready.” The site has no technical info, but there are demo reels that show fancy rich web interfaces featuring gesture-based interaction a la Minority Report.

From what I have been able to glean from articles, and my occasional brush with Steve at the conferences we present at, is that Famo.us deals with performance by getting around HTML5 as much as it can. For a time, the company logrolled on the FUD created by Facebook after its massively inept early attempts at HTML5 development. This strategy will get harder over time as HTML5 proves itself worthy. In the meantime, the incredible Mr.doob recently decided to scratch an itch and create his own snazzy user interface demo, literally cribbing the Famo.us periodic table; except this one is all HTML5, rendered with Three.js, using a new CSS3 renderer plugin he wrote over a weekend. 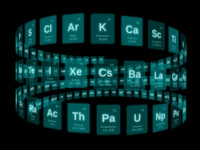 So this leaves me wondering… why does anybody need Famo.us? I suppose that I would have a better idea if they ever release the product.

Which leaves me with two things to say to Steve Newcomb:

View all posts by tparisi